Dragados Offshore is pleased to announce that it will develop, in Consortium with Siemens, the HVDC converter platform of the BorWin5 HVDC grid connection project for TenneT.

The project consists on a 900 megawatt capacity system for the transmission of electrical energy between the offshore wind farm He Dreiht operated by EnBW in the German North Sea and a grid connection point on land.

With the project BorWin5, the client plans a direct current connection in the North Sea Cluster 7. The three-phase current generated in the wind farm is to be converted from 66kV to direct current of ±320 kV on the offshore converter platform BorWin epsilon and transported via an approximately 120 kilometer long submarine cable via Norderney to the mainland to Hilgenriedersiel. From there, the electricity is to be transported via an approx. 110 kilometer long underground cable to the grid connection point Garrel/Ost, north of Cloppenburg.

Dragados Offshore is responsible for providing the offshore platform (including detail design and engineering, procurement, fabrication, construction, load out, transportation, installation and hook-up of the offshore platform, and installation and commissioning of its platform systems, except for the HVDC system, which is the scope of work of its partner Siemens, who will also provide the onshore HVDC substation. The platform is a ”stand-alone” platform, including modular living quarters and helideck, and has a total weight, including Siemens’ HVDC equipment, of approximately 12.000 t, while the jacket weighs approximately 7.000 t.

The contract is considered a major milestone for Dragados Offshore as it strengthens its activities into platform delivery for the offshore wind industry by performing a project at the forefront of its sector. The official start date of the project is set at 10 August 2020 and will provide workload in Dragados’ Puerto Real yard up to sail-away of the platform, which is scheduled for end April 2025. The start of power transmission by the HVDC system will be in Q4 2025 and final handover to the client is scheduled for Q1 2026. 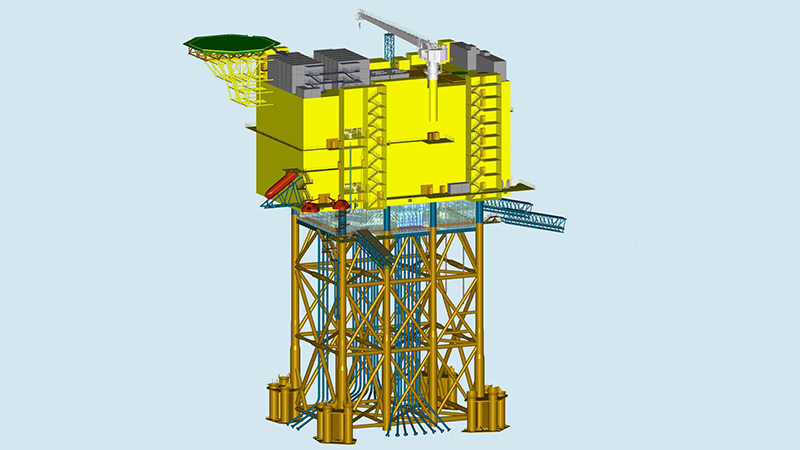 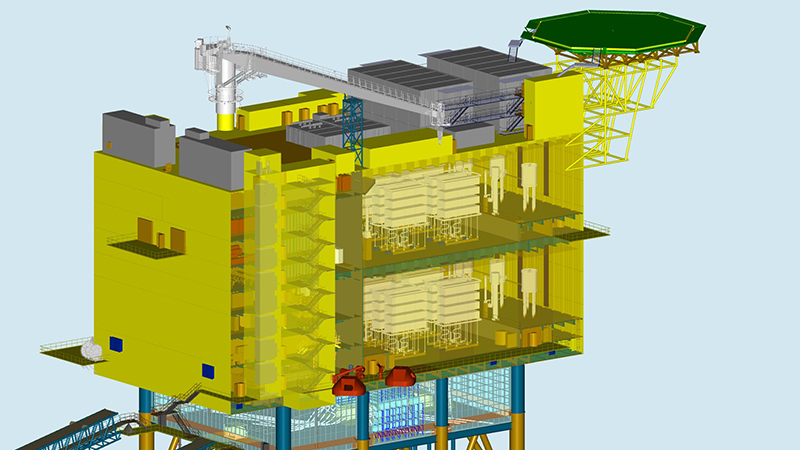